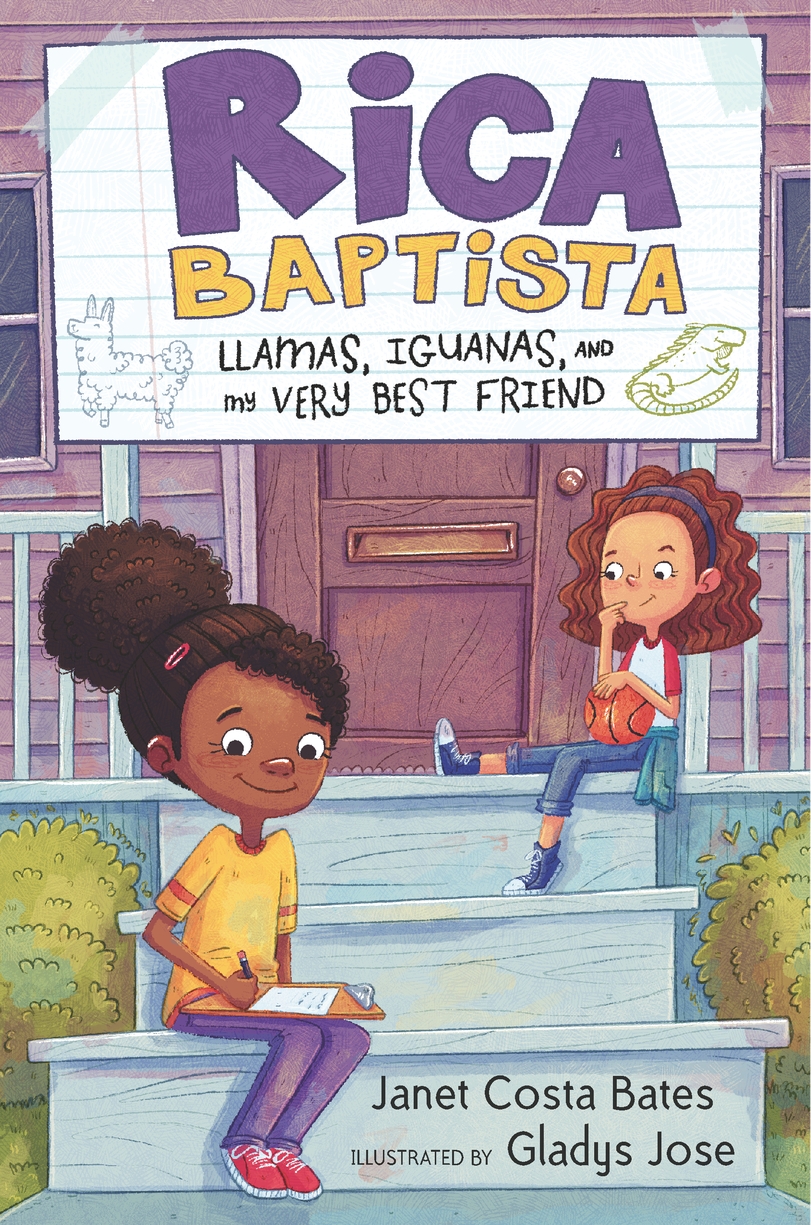 Rica’s very best friend is moving away. How can she convince her parents to let her get a pet so she won’t be lonely? Friendship and family shine in this engaging young chapter book. Rica Baptista wants-no, needs-a pet. A llama, a kinkajou, or maybe an iguana? She even has a name picked out: Frederica, […]

Rica Baptista wants-no, needs-a pet. A llama, a kinkajou, or maybe an iguana? She even has a name picked out: Frederica, her own name, after her Cape Verdean great-great-grandfather. But Rica’s parents say no almost faster than their mouths can open. The worst part is that Rica can’t tell anyone the real reason she wants a pet, because she’s not supposed to know-she overheard that her best friend, Laini, is moving away, and Rica worries about being left behind. Rica and Laini make lists of the benefits of having a pet to convince Rica’s parents, and they try all sorts of schemes to raise money to afford one, from party planning to holding a yard sale to entering a poetry contest. But in the end, it might be an act of unselfish kindness and courage that shows that Rica is ready to take on the pet of her dreams. In a rich and amusing story that will appeal to fans of Judy Moody and Ivy and Bean, a sincere and creative protagonist navigates friend and family relationships from funny to frustrating, endearing to insightful.

Janet Costa Bates is the author of Time for Bed, Old House, illustrated by AG Ford. Her grandparents, like Rica's ancestors, immigrated from Cape Verde. If she could have any pet, she would choose a beagle. Or maybe a giraffe. Janet Costa Bates lives in Massachusetts.

Gladys Jose is the illustrator of several books for young readers. She lives in Florida with her husband and daughter.